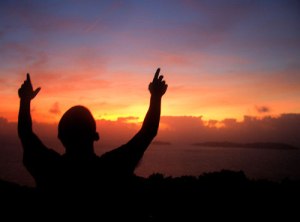 This week I received a Word via the Holy Spirit that I’m prompted to share. It concerns Sunday Worship. The majority of Christianity today worships on the day Sunday. The commandment of God called into question is “Remember the Sabbath Day to keep it holy.” Is it a sin to worship God on Sunday? The answer is no. Sin defined, means to disobey the commandments of God (1 John 3:4 & Romans 7:7).

“Whosoever committeth sin transgresseth also the law: for sin is the transgression of the law.” ~ 1 John 3:4

By worshipping God on Sunday, one is not disobeying the Sabbath commandment of God. As a matter of fact, we can worship God every day if we so choose. This isn’t the end of the matter though. A question must be posed with regard to an individual’s Sunday worship. That question is: “Does my Sunday worship cause me to disregard God’s true Sabbath Day?” Phrased differently: “Is this tradition of Sunday Worship causing me to disregard the commandment of God?”

Yeshua had a serious issue with the Pharisees of His time. They had created many traditions in addition to the Torah that were heaped upon the people. It is clear, that to follow the Pharisees could be burdensome because of their many rules. In one specific example, Jesus scolds the Pharisees for adding various traditions, also referred to by Yeshua as “commandments of men” because their traditions were causing God’s people to disobey the commandments of God. He gives an example using one of the traditions of the elders:

“Then came to Jesus scribes and Pharisees, which were of Jerusalem, saying, Why do thy disciples transgress the tradition of the elders? for they wash not their hands when they eat bread. But he answered and said unto them, Why do ye also transgress the commandment of God by your tradition? For God commanded, saying, Honour thy father and mother: and, He that curseth father or mother, let him die the death. But ye say, Whosoever shall say to his father or his mother, It is a gift, by whatsoever thou mightest be profited by me; And honour not his father or his mother, he shall be free. Thus have ye made the commandment of God of none effect by your tradition. Ye hypocrites, well did Esaias prophesy of you, saying, This people draweth nigh unto me with their mouth, and honoureth me with their lips; but their heart is far from me.” ~ Matthew 15:1-8

By their tradition, if one had extra money (in addition to their tithes and offerings) they would give it as a gift to the temple/Pharisees, before giving it to their parents who may have had a need and had invested in their children their entire life. The Pharisees praised this practice, yet Yeshua says that this tradition had caused His people to dishonor their parents. That money should have gone to the parents to honor them. They made the commandment of God of none effect, because of their tradition! He calls them hypocrites, and makes clear that their hearts were far from Him because their traditions caused men to disobey God’s command. Yeshua presents a clear danger in regard to traditions of men. Any and every tradition should be approached with the question: “Does this tradition cause me to disobey the commandment of God?” The foolish King Jeroboam thought it wise to create His own tradition as well. In 1 Kings, we learn that he was made King over the 10 northern tribes of Israel and was promised by God that he would be blessed if he would obey the Law of God which required him to go up to Jerusalem three times a year to honor God’s feasts at His temple. Jeroboam didn’t want to do this, so he created his own counterfeit worship system. Instead of honoring the 8 day Feast of Tabernacles in the 7th month as prescribed by God, he moved it to the 8th month, a month that he had devised in his own heart according to 1 Kings 12:32-33. Many Israelites were misled by this deception. His tradition caused them to disobey the commandment of God.

Sunday worship in and of itself is not disobedience to the commandment of God. Sunday worship sold as Sabbath Day worship is another story. The evidence of history is clear that Sunday worship was established by the Roman Catholic Church and was originally a pagan worship day for the Sun God.  The same happened with Jeroboam establishing his own man-made times for worship during his rule. Many were led to believe Jeroboam, just as many today are led to believe the tradition of the Roman Catholic Church. There are many Christians that believe whole heartedly that Sunday is the new Sabbath Day, as they have been indoctrinated to believe, and they love the Lord God with all of their heart. This belief has caused many to disregard God’s appointed Sabbath Day ignorantly. Christ’s blood covers such sins done in ignorance. For them, this isn’t a salvation issue. The salvation issue comes when one has “received the knowledge of the truth.”

“For if we sin wilfully after that we have received the knowledge of the truth, there remaineth no more sacrifice for sins, But a certain fearful looking for of judgment and fiery indignation, which shall devour the adversaries. He that despised Moses’ law died without mercy under two or three witnesses:  Of how much sorer punishment, suppose ye, shall he be thought worthy, who hath trodden under foot the Son of God, and hath counted the blood of the covenant, wherewith he was sanctified, an unholy thing, and hath done despite unto the Spirit of grace?” ~ Hebrews 10:26-29

We know a man cannot earn his salvation by doing good works according to the law, but we also know from the word that failure to repent for sin once it becomes evident, “knowledge of the truth,” will lead to the same judgment of the adversaries of God i.e. a loss of our salvation. We cannot gain salvation through works (it is a gift), but we can gain condemnation by our works when they are willfully disobedient to God’s law. If we are to be great in the Kingdom of God, we are instructed by Yeshua to DO and TEACH the commandments of God.

“ For verily I say unto you, Till heaven and earth pass, one jot or one tittle shall in no wise pass from the law, till all be fulfilled. Whosoever therefore shall break one of these least commandments, and shall teach men so, he shall be called the least in the kingdom of heaven: but whosoever shall do and teach them, the same shall be called great in the kingdom of heaven.” ~ Matthew 5:18-19

In opposition to the commandments of God, are the commandments and traditions of men. If we are the light of the world, we accomplish our task by shining our light in darkness with truth. That is all that we can do. We cannot change the minds of men. We cannot bring about a transformation in behavior, or a mass movement of enlightenment to the truth. It is not our job to do this, it is God’s. We just tell the truth in season and out of season. We plant seeds, we water seeds, but God gives the increase. In many cases, it takes months or even years for the Holy Spirit to convict someone with truth. Seeing they don’t see, and hearing they don’t hear. In the case of Sunday, if someone honors the Sabbath Day and keeps it holy, it isn’t wrong for them to honor Sunday also, or any other day of the week and dedicate it to God, as long as they don’t mislead others to believe that disregard for the true Sabbath Day is ok. This would be a deception, something that the Holy Spirit isn’t capable of. In the case where there is idolatry involved in the Sunday worship, that is a different story for a different article. Note: Even in the thousand year Kingdom of Peace, we know that the Sabbaths and New Moons will remain:

“And it shall come to pass, that from one new moon to another, and from one sabbath to another, shall all flesh come to worship before me, saith the Lord.” ~ Isaiah 66:23

The Sabbath will be established fully in the Kingdom of Peace! We work towards that end. If someone honors Sunday as the Sabbath Day and has no knowledge that it isn’t the Sabbath Day, the blood of Christ covers sins of ignorance, just as the blood of bulls and goats covered the sins of ignorance of the Israelites under the Old Covenant. The main danger for man, is to receive knowledge of the truth that Sunday is not God’s Sabbath Day, and then while staring at that truth, to willfully and knowingly choose to disregard God’s Sabbath. This is an acceptance of the commandments of men, and a rejection of the commandment of God. This is a sin against God. For those of us that know about God’s Sabbath Day, tell the truth about it in every season! Encourage others to study and learn about it, and teach them using the Word of God. Great blessings come to those who obey God’s law from the heart to the best of their ability, even today.

4 thoughts on “A Word About Sunday Worship & The Sabbath”